Serge Dedina is a surfer, environmentalist and mayor of Imperial Beach, a small working-class city on the California coast.

He is also, if the fossil fuel industry is to be believed, at the heart of a conspiracy to shake down big oil for hundreds of millions of dollars.

ExxonMobil and its allies have accused Dedina of colluding with other public officials across California to extort money from the fossil-fuel industry. Lawyers even searched his phone and computer for evidence he plotted with officials from Santa Cruz, a city located nearly 500 miles north of Imperial Beach.

The problem is, Dedina had never heard of a Santa Cruz conspiracy. Few people had.

That’s where the laughter stopped.

The lawyers found no evidence to back up their claim. But that did not stop the industry from continuing to use its legal muscle to try to intimidate Dedina, who leads one of the poorest small cities in the region.

The mayor became a target after Imperial Beach filed a lawsuit against ExxonMobil, Chevron, BP and more than 30 other fossil-fuel companies demanding they pay the huge costs of defending the city from rising seas caused by the climate crisis.

Imperial Beach’s lawsuit alleges the oil giants committed fraud by covering up research showing that burning fossil fuels destroys the environment. The industry then lied about the evidence for climate change for decades, deliberately delaying efforts to curb carbon emissions.

The city’s lawsuit was among the first of a wave of litigation filed by two dozen municipalities and states across the US that could cost the fossil-fuel industry billions of dollars in compensation for the environmental devastation and the deception.

Dedina says his minority majority community of about 27,000 cannot begin to afford the tens of millions of dollars it will cost to keep at bay the waters bordering three sides of his financially strapped city. The worst of recent storms have turned Imperial Beach into an island.

One assessment calculated that, without expensive mitigation measures, rising sea levels will eventually swamp some of the city’s neighbourhoods, routinely flood its two schools and overwhelm its drainage system.

“We don’t have a pot to piss in in this city. So why not go after the oil companies?” he said. “The lawsuit is a pragmatic approach to making the people that caused sea level rise pay for the impacts it has on our city.”

That’s not how Exxon, the US’s largest oil company, saw it. Its lawyers noted that Imperial Beach filed its case in July 2017, at the same time as two California counties, Marin and San Mateo. The county and city of Santa Cruz followed six months later with similar suits seeking compensation to cope with increasing wildfires and drought caused by global heating.

Exxon alleged that the sudden burst of litigation, and the fact that the municipalities shared a law firm specialising in environmental cases, Sher Edling, was evidence of collusion.

Exxon filed lawsuits claiming the municipalities conspired to extort money from the company by following a strategy developed during an environmental conference at the Scripps Institution of Oceanography in La Jolla, 25 miles north of Imperial Beach, nine years ago.

The meeting, organised by the Climate Accountability Institute and the Union of Concerned Scientists, produced a report outlining how legal strategies used by US states against the tobacco industry in the 1990s could be applied to cases against fossil fuel companies.

Dedina was also targeted by one of the US’s biggest business groups at the forefront of industry resistance to increased regulation to reduce greenhouse gases, the National Association of Manufacturers, and a rightwing thinktank, the Energy & Environment Legal Institute.

The manufacturing trade group was behind the efforts to obtain data from Dedina’s phone and documents in 2018. In its public disclosure request to the mayor’s office, NAM called Imperial Beach’s lawsuit “litigation based on political or ideological objections more appropriately addressed through the political process”.

Exxon is attempting to use a Texas law that allows corporations to go on a fishing expedition for incriminating evidence by questioning individuals under oath even before any legal action is filed against them. The company is trying to force Dedina, two other members of Imperial Beach’s government, and officials from other jurisdictions, to submit to questioning on the grounds they were joined in a conspiracy against the oil industry.

“A collection of special interests and opportunistic politicians are abusing law enforcement authority and legal process to impose their viewpoint on climate change,” the oil firm claimed. “ExxonMobil finds itself directly in that conspiracy’s crosshairs.”

A Texas district judge approved the request to depose Dedina, but then a court of appeals overturned the decision last year. The state supreme court is considering whether to take up the case.

The target on Dedina is part of a wider pattern of retaliation against those suing Exxon and other oil companies.

In an unusual move in 2016, Exxon persuaded a Texas judge to order the attorney general of Massachusetts, Maura Healey, to travel to Dallas to be deposed about her motives for investigating the company for alleged fraud for suppressing evidence on climate change. The judge also ordered that New York’s attorney general, Eric Schneiderman, be “available” in Dallas on the same day in case Exxon wanted to question him about a similar investigation.

Healey accused Exxon of trying to “squash the prerogative of state attorneys general to do their jobs”. The judge reversed the deposition order a month later and Healey filed a lawsuit against the company in 2019, which is still awaiting trial.

But similar tactics persuaded the US Virgin Islands attorney general to shut down his investigation of the oil giant.

Patrick Parenteau, a law professor and former director of the Environmental Law Center at Vermont law school, said the attempt to question Dedina and other officials is part of a broader strategy by the oil industry to counter lawsuits with its own litigation.

“These cases are frivolous and vexatious. Intimidation is the goal. Just making it cost a lot and be painful to take on Exxon. They think that if they make the case painful enough, Imperial Beach will quit,” he said.

If the intent is to kill off the litigation against the oil industry, it’s not working. Officials from other municipalities have called Exxon’s move “repugnant”, “a sham” and “outrageous”, and have vowed to press on with their lawsuits.

Dedina described the action as a “bullying tactic” by the oil industry to avoid accountability.

“The only conspiracy is [that] a bunch of suits and fossil-fuel companies decided to pollute the earth and make climate change worse, and then lie about it,” he said. “They make more money than our entire city has in a year.”

The city’s lawsuit claims it faces a “significant and dangerous sea-level rise” through the rest of this century that threatens its existence. Imperial Beach commissioned an analysis of its vulnerability to rising sea levels which concluded that nearly 700 homes and businesses were threatened at a cost of more than $100m. It said that flooding will hit about 40% of the city’s roads, including some that will be under water for long periods. Two elementary schools will have to be moved. The city’s beach, regarded as one of the best sites for surfing on the California coast, is being eroded by about a foot a year.

Imperial Beach sits at the southern end of San Diego bay. Under one worst-case scenario, the bay could merge with the Tijuana River estuary to the south and permanently submerge much of the city’s housing and roads.

The city has received some help with creating natural climate barriers. The Fish and Wildlife Service restored 400 acres of wetland next to the city as a national wildlife refuge which also acts as a barrier to flooding, and is expected to restore other wetlands together with the Port of San Diego. A grant is paying for improved equipment to warn of floods.

But that still leaves the huge costs of building new schools and drainage systems, and adapting other infrastructure. Dedina said that without the oil companies stumping up, it won’t happen.

“People ask, how did you go against the world’s largest fossil fuel companies? Isn’t that scary? No. What’s scary is coastal flooding and the idea that whole cities would be under water,” said the mayor.

This story is published as part of Covering Climate Now, a global collaboration of news outlets strengthening coverage of the climate story 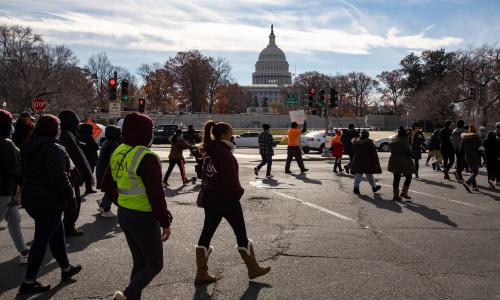 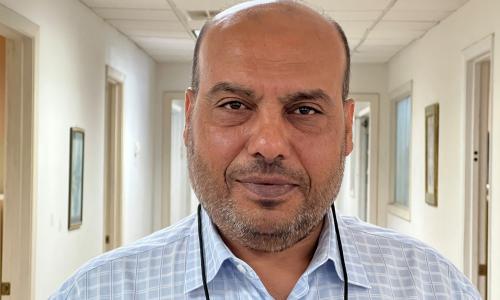 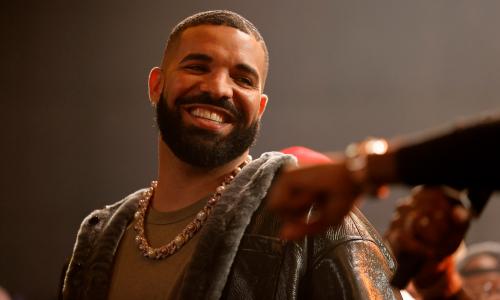 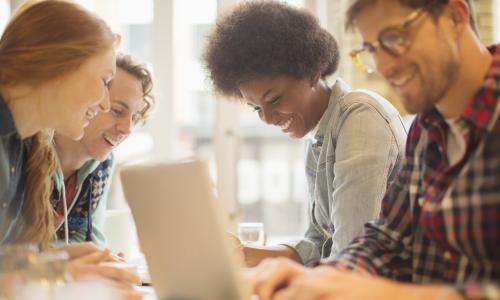 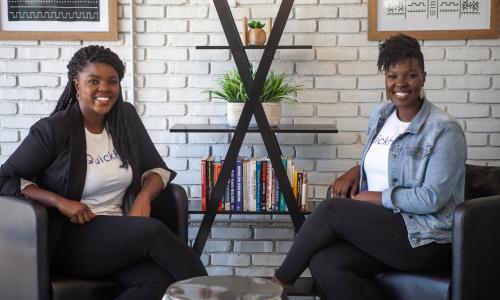 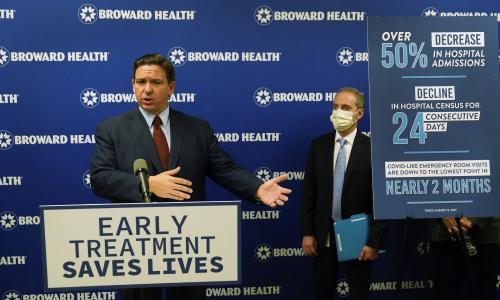 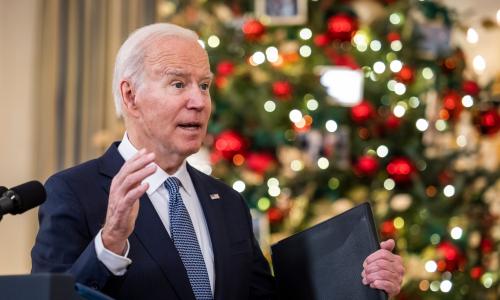 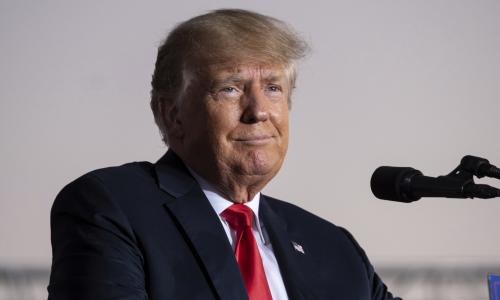 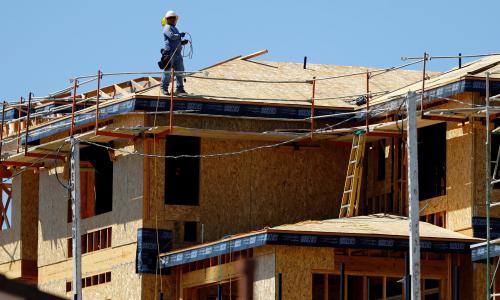 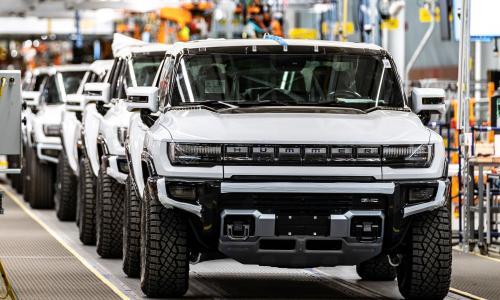