But this being 2021, the rightwing backlash has gone way beyond mere political debate into the realm of incendiary language that, analysts fear, could translate into direct and violent action.

Related: ‘Have at it’: Joe Biden dares vaccine mandate opponents to take him on

In South Carolina, Governor Henry McMaster vowed to fight “to the gates of hell to protect the liberty and livelihood of every South Carolinian”. Tate Reeves, the governor of Mississippi, tweeted: “The vaccine itself is life-saving, but this unconstitutional move is terrifying.” JD Vance, a conservative running for a Senate seat in Ohio, warned: “Only mass civil disobedience will save us from Joe Biden’s naked authoritarianism.”

And the rightwing media went further, casually tossing around terms such as “authoritarian”, “fascist”, “totalitarian” and “tyrannical” to characterize the US president’s mandate that all employers with more than 100 workers require their employees to be vaccinated or test for the virus weekly.

The rhetoric is seen as dangerous in a febrile political atmosphere that incited a deadly insurrection at the US Capitol in Washington on 6 January and plans for another extremist protest at the same location on Saturday. This week US Capitol police arrested a man in a truck who was armed with multiple knives, a bayonet and a machete near the Democratic National Committee headquarters.

Kurt Bardella, a Democratic congressional campaign committee adviser, said: “After what we saw in this country on January 6, ‘civil disobedience’ is code word for violence and acts of terror when it comes to the Republican party. So many in this party are trying to whitewash the events of January 6, have referred to those behind it as ‘patriots’ and have gone so far as to suggest that those who have been incarcerated for their crimes should be released.

“The only conclusion that one can draw from their ongoing rallying cries for what they call ‘civil disobedience’ is that it is a call for more violence, more mayhem, more destruction, and solidifies the reality that the Republican party is a domestic terrorist organisation.”

The battle over vaccine mandates is the latest development in a corrosive culture war over the efforts to stop the spread of the highly contagious Delta variant, now causing 150,000 cases and 1,500 deaths a day. This politicisation had led to the burning of masks, physical altercations at schools and even the booing of former president Donald Trump when he advocated vaccines to his own supporters.

Biden’s intervention last week was seen as a turning point where he replaced the carrot with the stick and finally got tough with the unvaccinated who are needlessly prolonging the pandemic. He said: “We’ve been patient, but our patience is wearing thin. And your refusal has cost all of us.”

The White House is confident that it has the majority of the public on its side. Three in five Americans support the new mandates for private companies and federal government workers, according to an Axios/Ipsos poll this week. Media reports suggest that many employers quietly welcome the cover that Biden’s move will give them to ensure their staff are vaccinated.

But that did not prevent a furious and unhinged casting of the president as a dictator. Matt Walsh, a podcast host, told the Fox News host Tucker Carlson: “We had to elect this rotting bag of oatmeal to get a real tyrant … Maybe this, in the end, is a good thing, in the sense that it’s a time for choosing for Americans … Are we going to comply and lie down to this, or are we finally going to stand up and say, ‘You know what, it’s not gonna happen’?”

Fox News ran online headlines such as “BIDEN IS AN AUTHORITARIAN” and “BIDEN DECLARES WAR ON MILLIONS OF AMERICANS”. Its website has since published an article about an army lieutenant colonel resigning in protest over the Covid-19 vaccine mandate and what he described as the “Marxist takeover of the military”.

Three Republican governors tipped as presidential candidates in 2024 took their cue. Kristi Noem of South Dakota said she was preparing to go to court. Greg Abbott of Texas called it an “assault on private businesses”. Ron DeSantis of Florida said: “I do not believe that people should lose their jobs over this issue, and we will fight that.”

More than 208 million Americans have received at least one vaccine dose but some 80 million remain unvaccinated. There are now about 300% more new daily Covid-19 infections, about two and a half times the hospitalisations and nearly twice the number of deaths as at the same time last year.

In that context Elaine Kamarck, a senior fellow at the Brookings Institution thinktank in Washington, finds the Republican stand baffling and bewildering. “It’s dangerous for others and it’s dangerous for themselves,” she said. “How many rightwing talkshow hosts have already died of Covid? It’s actually fairly inexplicable. I can certainly see getting wrought up over taxes or freedom or going to war or all the other things the state does – but giving vaccines?

“This is crazy, frankly. There’s just no other word for it than crazy. The Republican party’s been taken over by crazy people. All these people who are doing this, their children have gotten polio vaccines, measles, mumps, rubella. All babies in the United States get their shots and that is mandatory. It is mandatory to go to school. So this is pretty insane.”

There is little sign of Biden backing down. In a visit to a school in Washington last week, he accused the Republicans governors of being “cavalier” with the health of young Americans, and when asked about those who would file legal challenges, he replied: “Have at it.”

It remains unclear whether the rightwing sound and fury will affect more than a section of the Trump base. David Frum, a former speechwriter and special assistant to President George W Bush, tweeted: “How’s that mass civil disobedience campaign against vaccine mandates going? Only 2% of human-resource professionals surveyed say they have noticed any instances at all of employees quitting rather than be vaccinated.” 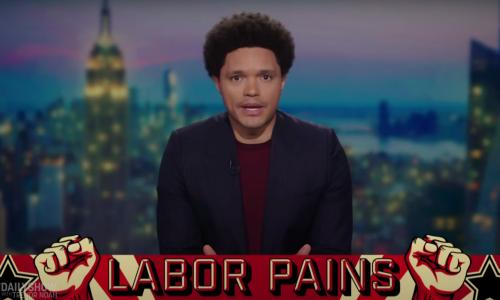 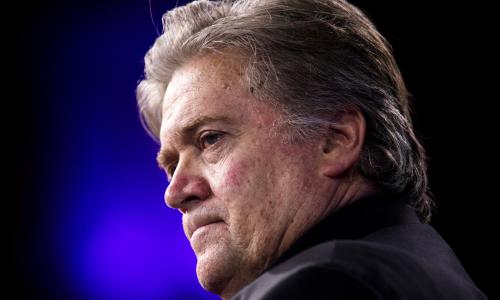 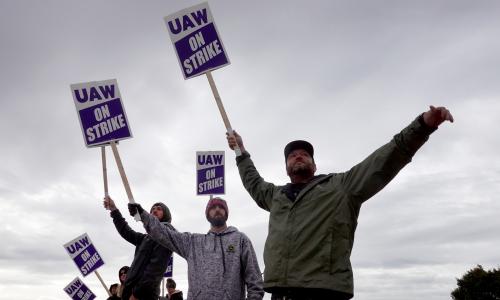 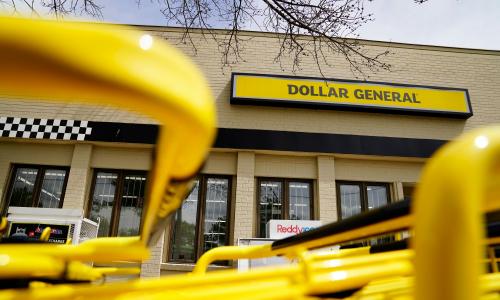 ‘People are fed up’: Dollar General workers push to unionize amid hostility from above 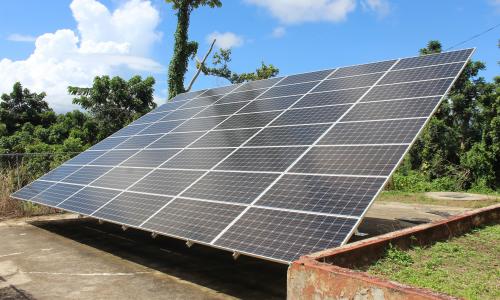 ‘We want sun’: the battle for solar power in Puerto Rico 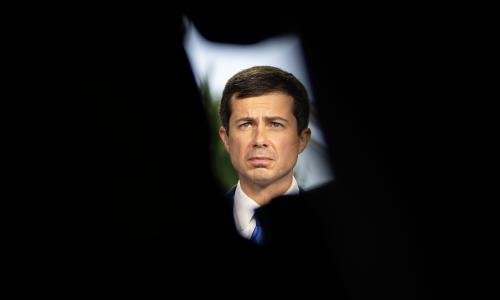 Buttigieg warns Manchin of resistance to Biden’s climate plan: ‘It will cost lives’ 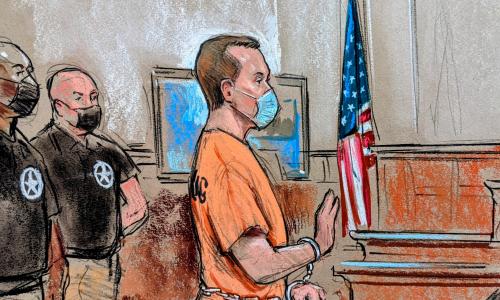 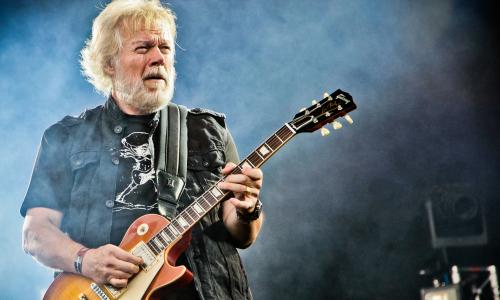 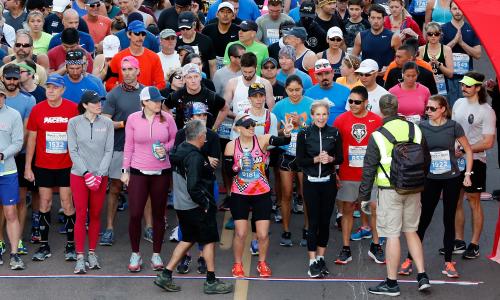 Winemaking and marathon running: what Kyrsten Sinema does instead of her job 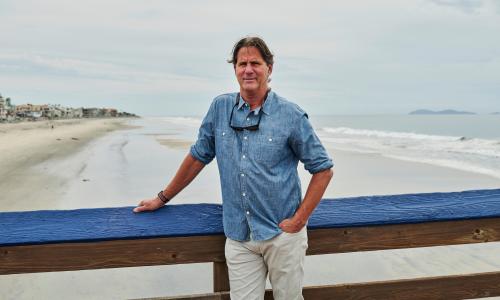